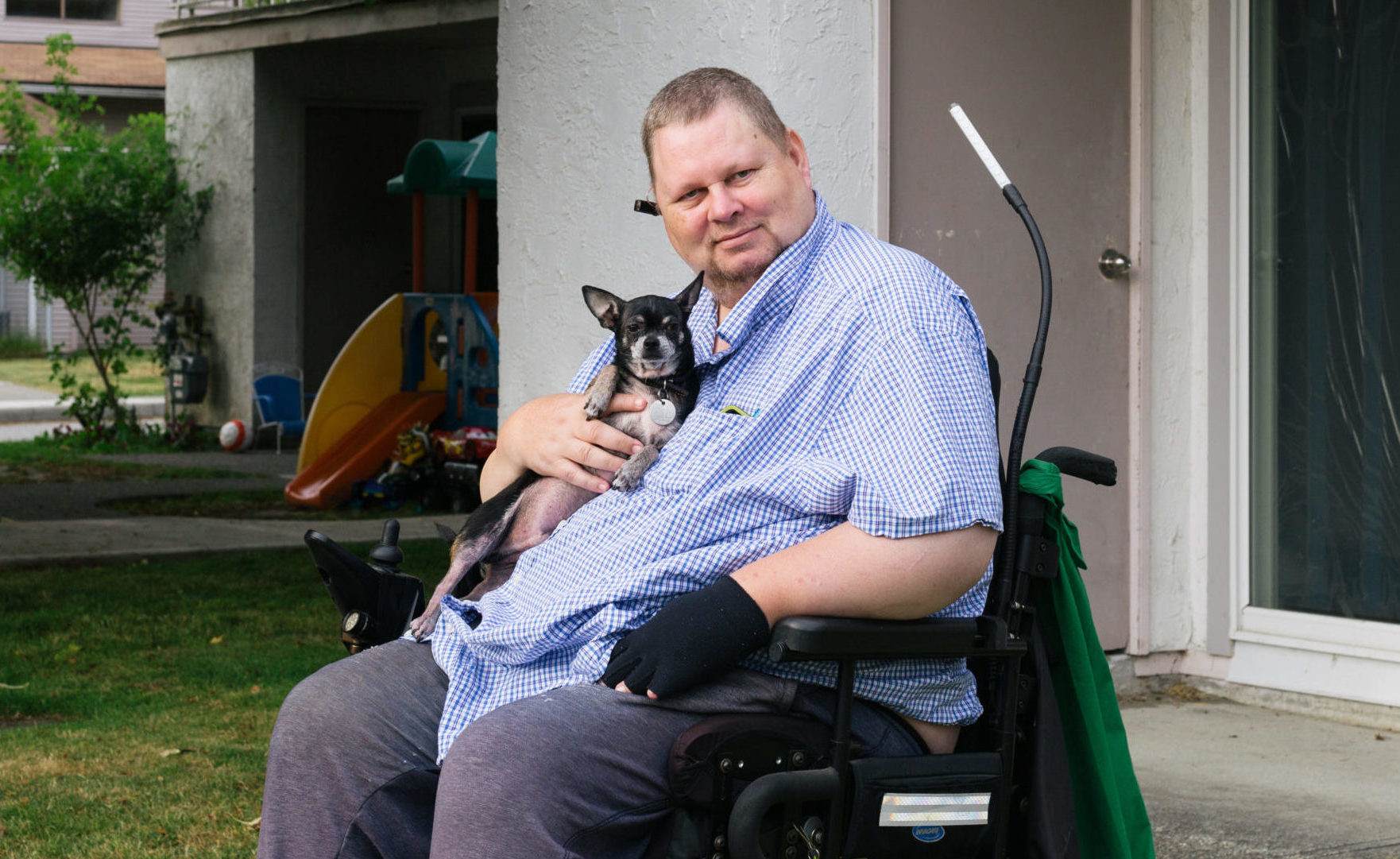 Before George came to JFS, he was struggling to make ends meet for his growing family.

Finding employment was tough with a disability and having recently married, he now had two adolescent kids to provide for. Financially it was a struggle and he knew he needed some help. One of his friends who was volunteering with the Jewish food bank suggested George get in touch with JFS.

The difference was immediate. George connected with a case worker and received practical support, including help filling out forms and taxes for housing and disability. He also received some financial help with dental and prescription costs that were not covered by MSP and would have been prohibitive on their own.

Most of all, George and his family received support through the food bank. “We no longer had to buy cheap unhealthy food just to not feel hungry,” he says.

With growing kids, this is especially important for his family, and particularly for his son, who is diagnosed with Asperger Syndrome. “If he doesn’t eat regularly, then it’s a real problem,” he notes.

In the last year, regular food bank deliveries have been an immense help. Getting to the food bank or grocery store is difficult with a wheelchair, and during the pandemic George couldn’t use the bus because he requires assistance from the driver. “Without the JFS,” says George, “I don’t think I’d be making it right now.”

Family is important to George, and he wants to set a good example. He appreciates the grocery store gift cards he receives through JFS that allow him to pick out special foods for a family Shabbat meal each week. “It makes it a little special,” he says, “it’s nice to have a day to relax and be happy and thankful.”

When George reflects on his experience with JFS, he says he feels dignity. “The services are holistic so my basic needs are met and I’m no longer falling behind.”

Now that the pandemic restrictions are lifting, George is looking for work and wants to give back. He makes it a priority to work with those who are most vulnerable, and he enjoys volunteering and doing outreach with unhoused people in his community.

“You gave me a leg up when I needed it,” says George, “and that’s a marvelous thing, a beautiful thing. I want to give back and help people when I can.”